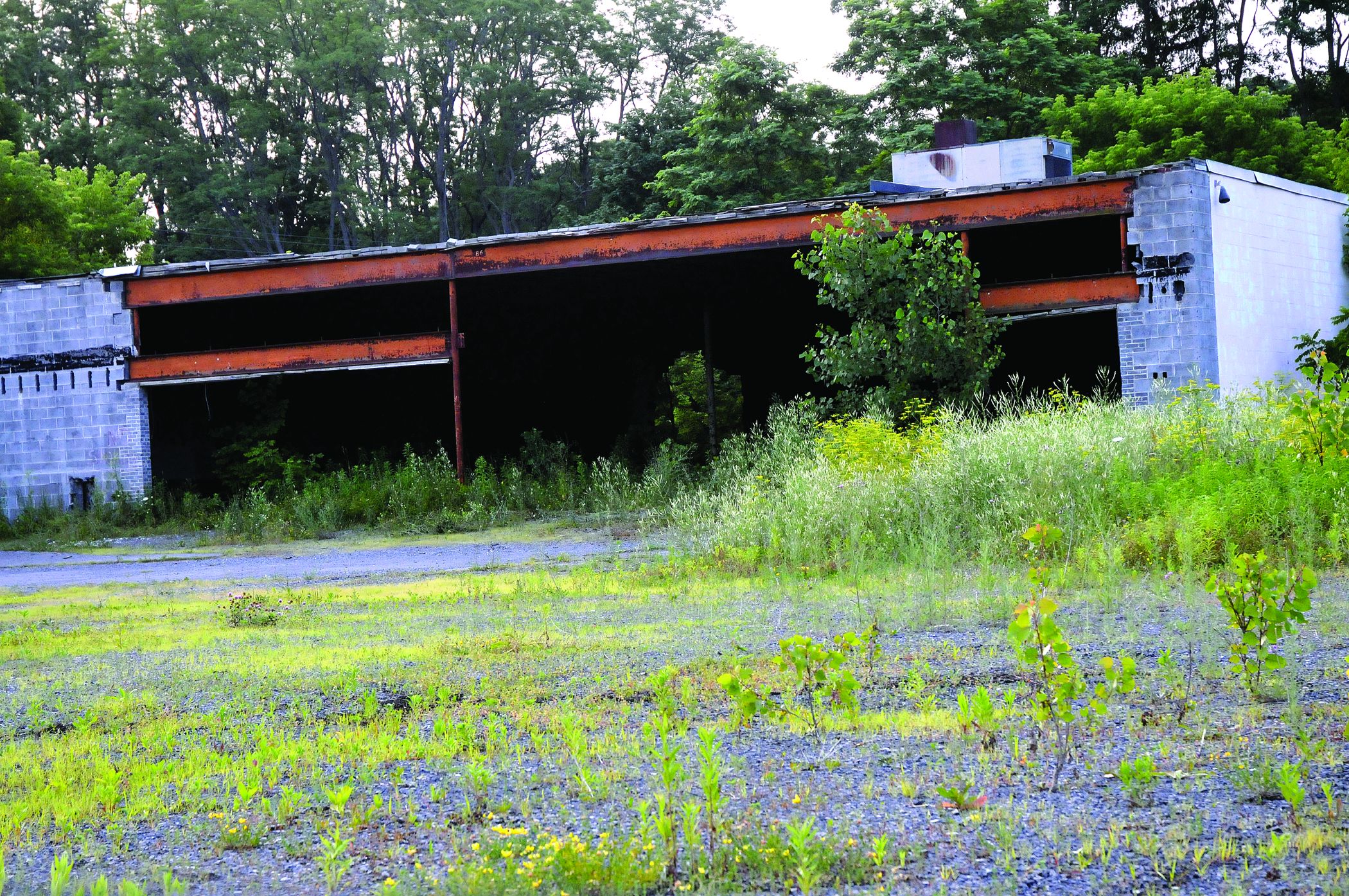 Fifteen years after it was sold as the Schoharie Commons, the Village of Schoharie is reaching out to SEEC for help with the long-vacant Great American site.
Great American, under the ownership of C&S Wholesale Grocers of Brattleboro, Vermont, closed the 218 Main Street store in 2002.
Efforts to get a Restore New York grant to address drainage and remodel and expand the existing building in 2009 were unsuccessful and plans to turn it into a mini-mall also fizzled.
Now, the former grocery is a fallen-in shell owned by Mark VanWoeart of Schenectady, according to Schoharie County Clerk records; he purchased the 4.43 acre lot it from Schoharie Commons Inc. in 2009 for $1.
In 2003 and again in 2005, it was sold for about $250,000; it’s now assessed for $90,000.
All of this makes it an ideal project for the Schoharie County Economic Enterprise Corporation in the eyes of Schoharie Mayor Larry Caza and trustees, who are asking the new Schoharie Economic Enterprise Corporation to set up a meeting between Mr. VanWoeart and the village to see if there are any plans for the eyesore.
The village floated the idea to Peter Johnson, a member of SEEC who is also a village trustee.
“I think they’d be more disposed to listen to us if SEEC was involved,” Mayor Caza said.
“Coming from the county’s new economic development council, I think the idea would have more cachet.”
Though the village’s primary goal is to see the site cleaned up, with SEEC in the discussion, Mayor Caza said, the owners might be more willing to discuss their plans.
“What would it take for him to do something with the property?” asked Trustee Sal Medak.
Mr. Johnson said it’s a great idea to take to the SEEC board and it’s a direction they’re just starting to move in.
Both Mayor Caza and Mr. Medak said the village can’t afford to wait for economic development to happen—or for grass to overgrow the cracked and deteriorating asphalt at the site.
There’s potential at the site, Mayor Caza said, adding “You only have to look at Birches. Many people did not believe we could have something that nice.”
Though efforts a decade ago focused on bringing a small grocery store back to Schoharie, even in 2009 that was seen as unlikely with the opening of the Hannaford in Esperance.
In 2018, the Valley Market opened in Middleburgh.