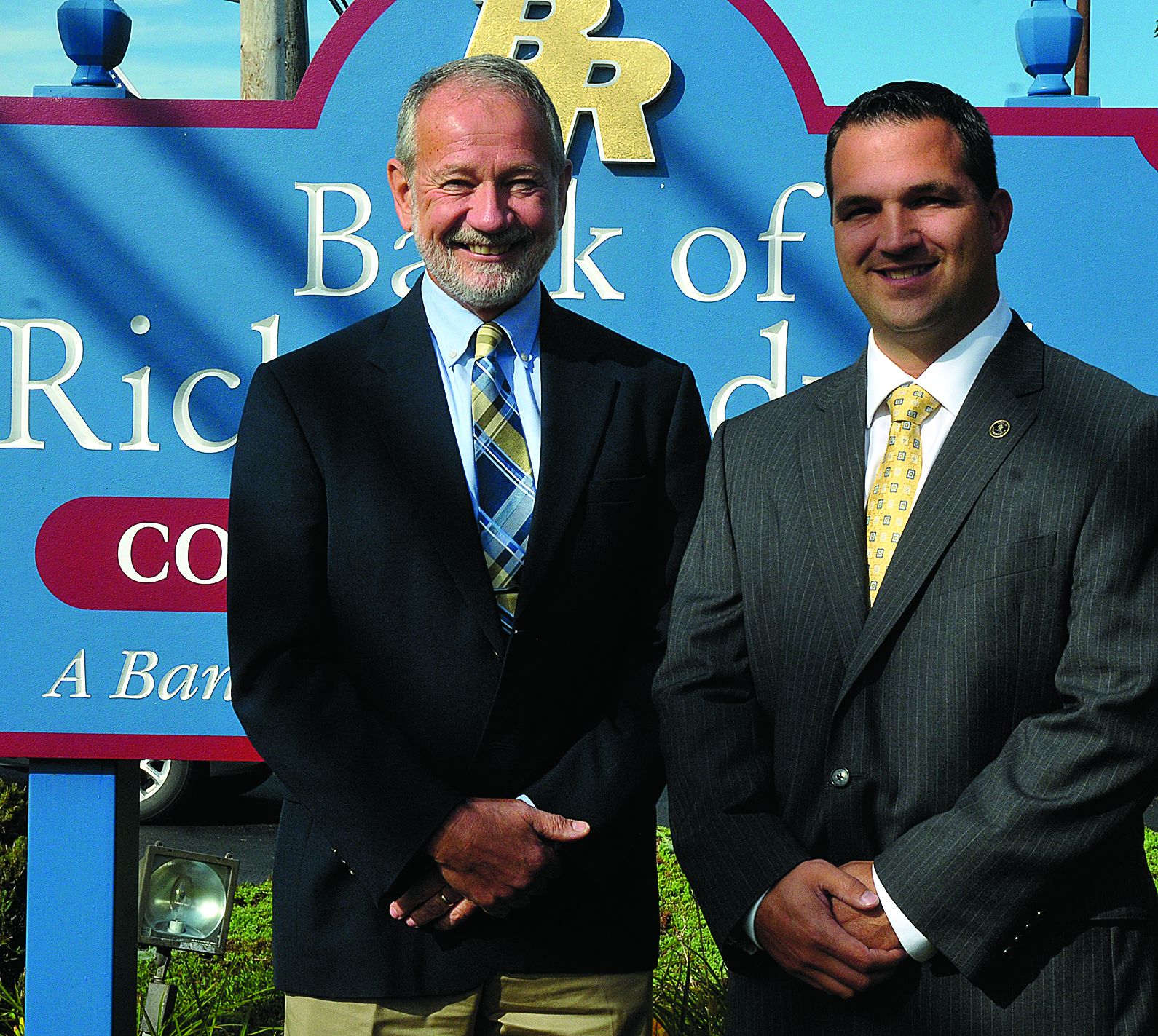 The Bank of Richmondville looked far and wide for a new president, and in the end, the successor was right down the hall.
Steve Palmer will replace Randy Crapser as president when Mr. Crapser retires December 31.
Mr. Palmer has been the bank’s chief financial officer since 2007 and became vice president in 2017.
The Bank of Richmondville’s board of directors “did a lot of homework,” Mr. Crapser said, and also hired a search firm to find candidates.
And they did. Applications and resumes came in, including many from outside the area.
“Many of them could do the banking part,” Mr. Crapser said, “but does he fit?
“In the end, Steve made the best fit. He knows Schoharie County, he knows the people, and he knows their struggles and what they need.”
As president, Mr. Palmer will direct the bank’s strategy, including keeping up to date on new technology in finances.
“We try to do what we can for our customers,” Mr. Palmer said. “That’s what we’re here for––to serve the community.”
And, in a local bank with three branches, Mr. Palmer won’t only be sitting in an office.
“In a small bank, the president wears many hats,” Mr. Crapser said.
As an example, Mr. Crapser recalled the Cobleskill office being flooded several years ago.
“Steve dove right in,” Mr. Crapser said, laughing.
More seriously, the president must be the person on the spot, he added.
“You can’t be running to the board to make a decision every time,” Mr. Crapser said. “You’ve got to decide yourself.”
While Mr. Palmer is familiar with the bank, a detailed transition will start in November before he takes over January 1.
“I’m excited,” Mr. Palmer said. “Honestly, I’m humbled to be part of history of the Bank of Richmondville.
“I’m honored to serve on the team and follow in Randy’s footsteps for the next several decades.”
The bank will be working on filling the chief financial officer’s position, Mr. Crapser said.
Besides the Cobleskill office, the bank has branches in Richmondville and Schoharie. Formed in 1893, the bank has 36 full-time-equivalent employees.
Mr. Crapser has served as president for 24 years; Mr. Palmer will be the Bank of Richmondville’s seventh president.
Mr. Palmer, 40, graduated from Cobleskill-Richmondville in 1998 and from RPI in 2002. He also completed a three-year banking school at the University of Pennsylvania. Mr. Palmer joined the bank in 2004.
He and his wife, Tara, live in Richmondville and have three children: Alexandria, Danica and Lucas.
Mr. Crapser, 62, and his wife, Lisa, live in Richmondville.