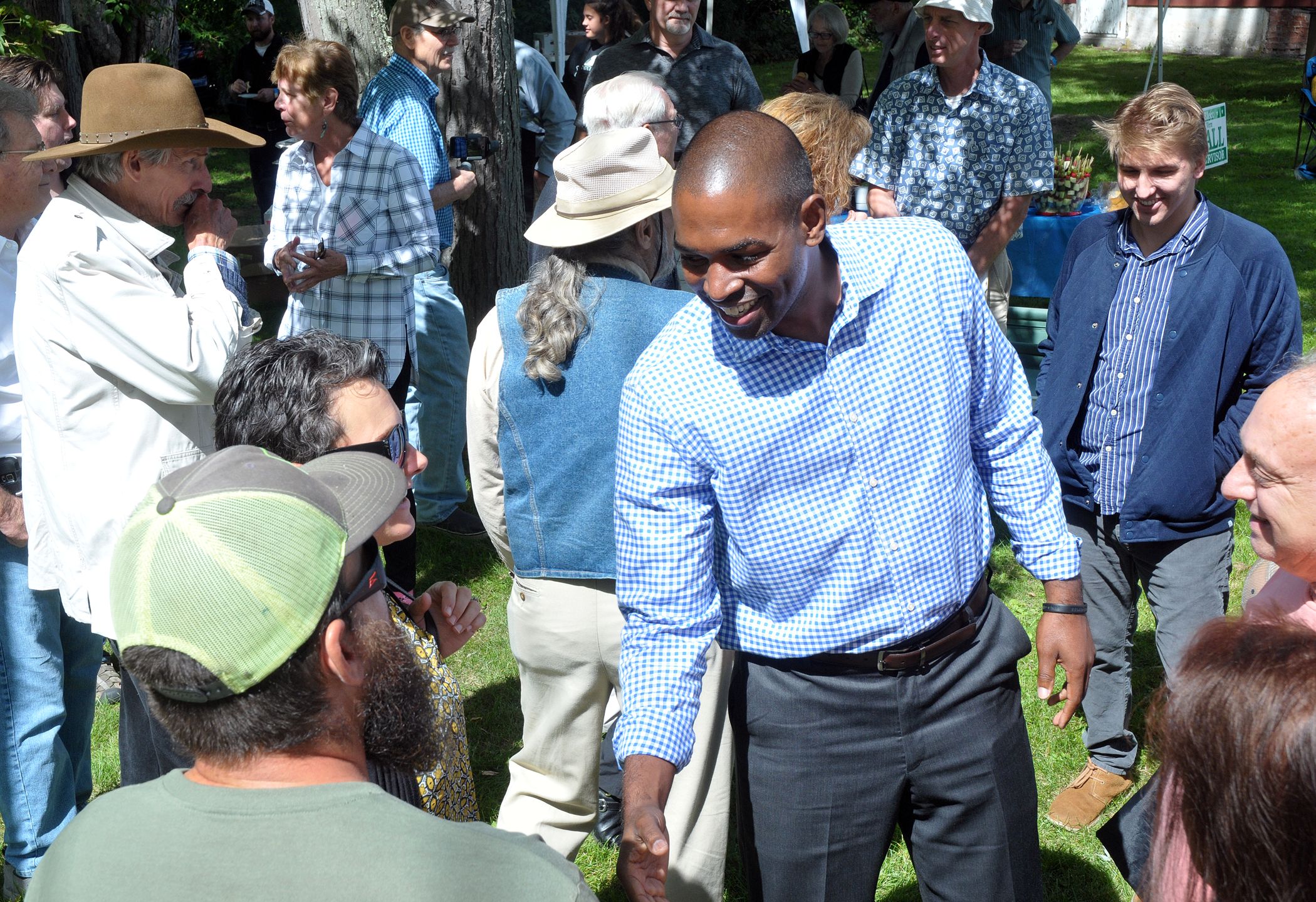 Change starts at the local level.
That’s the message Congressman Antonio Delgado had for Schoharie County Democrats Sunday when they gathered at Depot Lane for their annual BBQ and campaign kick-off.
There are only four contested supervisors’ races on the ballot in November, but Democratic candidates for those and other seats were on hand to greet their biggest star—and get a little advice.
“You can’t change your world if you can’t change your town,” Congressman Delgado told one well-wisher as he worked his way through the crowd.
“We have to hit hard—like it’s already 2020.”
That’s the message he shared in formal remarks after introductions by Democratic Chairman Cliff Hay and Sharon Supervisor Sandy Manko.
“No one ever accused him of not talking to his constituents or not holding town meetings,” Ms. Manko said to cheers and applause.
“I don’t know how he does it, but he’s everywhere. He’s like a magic trick.”
Congressman Delgado, a Schenectady native, defeated John Faso last November to win his seat and he urged Democrats to begin the work for the 2020 election now.
“It’s so imperative that we do the work locally,” he said.
What we do in 2020 definitely depends on what we do in 2019.
“Treat it like a workout…We don’t want to go into 2020 without a good, working sweat…I applaud all of you local folks. This work is the bloodline of democracy.”
Echoing the message he’s taken across the District since last November, Congressman Delgado stressed the importance of “having the difficult conversations…not preaching and dictating. Collaborating. That’s how you get things done.”
That’s how he got his Family Farmer Relief Act, which eases Chapter 11 bankruptcy rules for farmers in touch economic times through Congress, the Senate—and signed by President Donald Trump.
“And as a lowly freshman member,” he said, laughing at himself.
“But I attribute it to you. It feels good to show up at town halls filled with people ready to be engaged.”
That kind of enthusiasm needs to be brought to dealing with issues like climate change, broadband, and health care, he said.
“We have to tackle it on a bi-partisan basis.” But it can be difficult with the “recklessness and the hate and fear coming out of the White House and undermining our ability to find common ground.”
Still, Congressman Delgado said, districts like his don’t have to look far to see what they can do.
“We have a lot that binds us,” he said. “Love of country, love of family…Look what we’ve done—last year in fact. It starts now.”
Words to live by, said Mr. Hay.
“We all have to live by what he says and do what he says,” he said. “He’s done a fantastic job.”