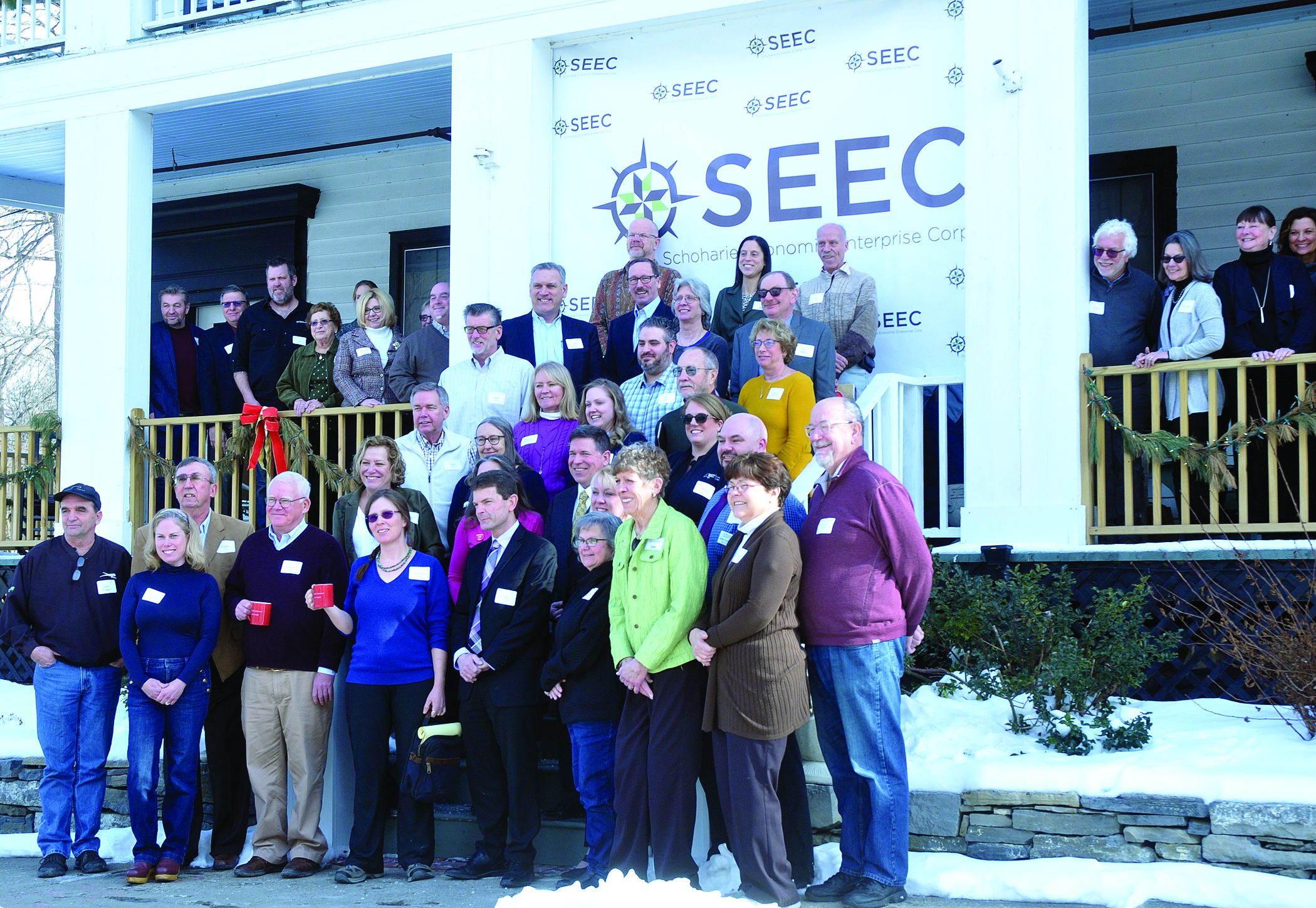 SEEC’s first Prosperity Forum inspired and informed.
But it will be up to participants—about 65 of them from farms, the arts, lodging, and tourism—to follow through on what they heard.
They’re already on it.
Chris Guldner of the Bull’s Head Inn said he wants to collect the kind of data needed to bring a big hotel back to Schoharie County.
And Dan Beams of the Old Stone Fort wants to start packaging one-of-a-kind experiences.
“We can do it now,” Mr. Beams said. “We don’t have to wait.”
Held Friday at the American Hotel in Sharon Springs--where there were “cooker” and boarding houses long before Airbnb and Tentrr—the Lodging Possibilities Forum was SEEC’s first effort to ID local economic challenges and brainstorm solutions.
After a panel discussion that included Ken Meifert from the Baseball Hall of Fame in Cooperstown and farmer and café manager Shannon Hayes from West Fulton, the group went into breakout sessions before reporting back.
A minimum wage workforce and transportation are two of the challenges Jessica Kirby shared from her group, but she also pointed out how poorly funded tourism is here.
Together, the county’s Occupancy Tax and I Love New York monies total just $190,000 a year, Ms. Kirby said.
“How many of you run your businesses on more than that?” she asked. “How can we expect anything else to happen?”
Doug Plummer, a owner of the American Hotel and Sharon Springs’ mayor, said his group sees a need for better real and digital infrastructure.
“From here, Gilboa is a long way away,” he said. “Our size can be a selling point, but it can also be a hindrance.”
Mr. Plummer also touched on the need to pay a living wage so people can afford to work and live locally and offered the help of world-class marketers Beekman 1802.
“We’re busy in April because people come here to see their baby goats,” he said. “And I’m like ‘What? You don’t have baby goats in Michigan?’
“Beekman’s model is available to everyone here and they’re more than willing to talk to anyone. They’re very generous.”

Ms. Hayes, who grew up in West Fulton and moved back after earning her PhD to run and expand her parents’ Sapbush Hollow Farm, said partnerships between agriculture and lodging like Airbnb and Tentrr are a natural fit; the land is already there and the return is better.
Ms. Hayes is also already “packaging” local attractions—in the audience, Cindy Barber of Barber’s Farms was surprised to learn that it was Ms. Hayes who sent guests to her place during a recent stay.
“They’re already planning to come back when we’re in full bounty,” Ms. Barber said.
“Barber’s is a major draw,” added Ms. Hayes, as are natural attractions like secret swimming holes.
“It’s not something we have to create, it’s something we already have. We have to teach people why blue tarps and junkyards matter…”
Panelists John Shideler, general manager for the Otesaga Hotel & Cooper Inn, and Bob Holt, past chair of the state Hospitality & Tourism Association, both said labor remains one of their biggest challenges; with too few kids to fill summer jobs, Mr. Shideler said he relies on guest worker programs.
With a lifetime in hospitality, Mr. Holt said anyone looking to move into lodging needs to know what they’re investing in and where their traffic is coming from.
Service is key, Mr. Meifert said, “almost more important than your product,” and brand “is what other people think you are.”