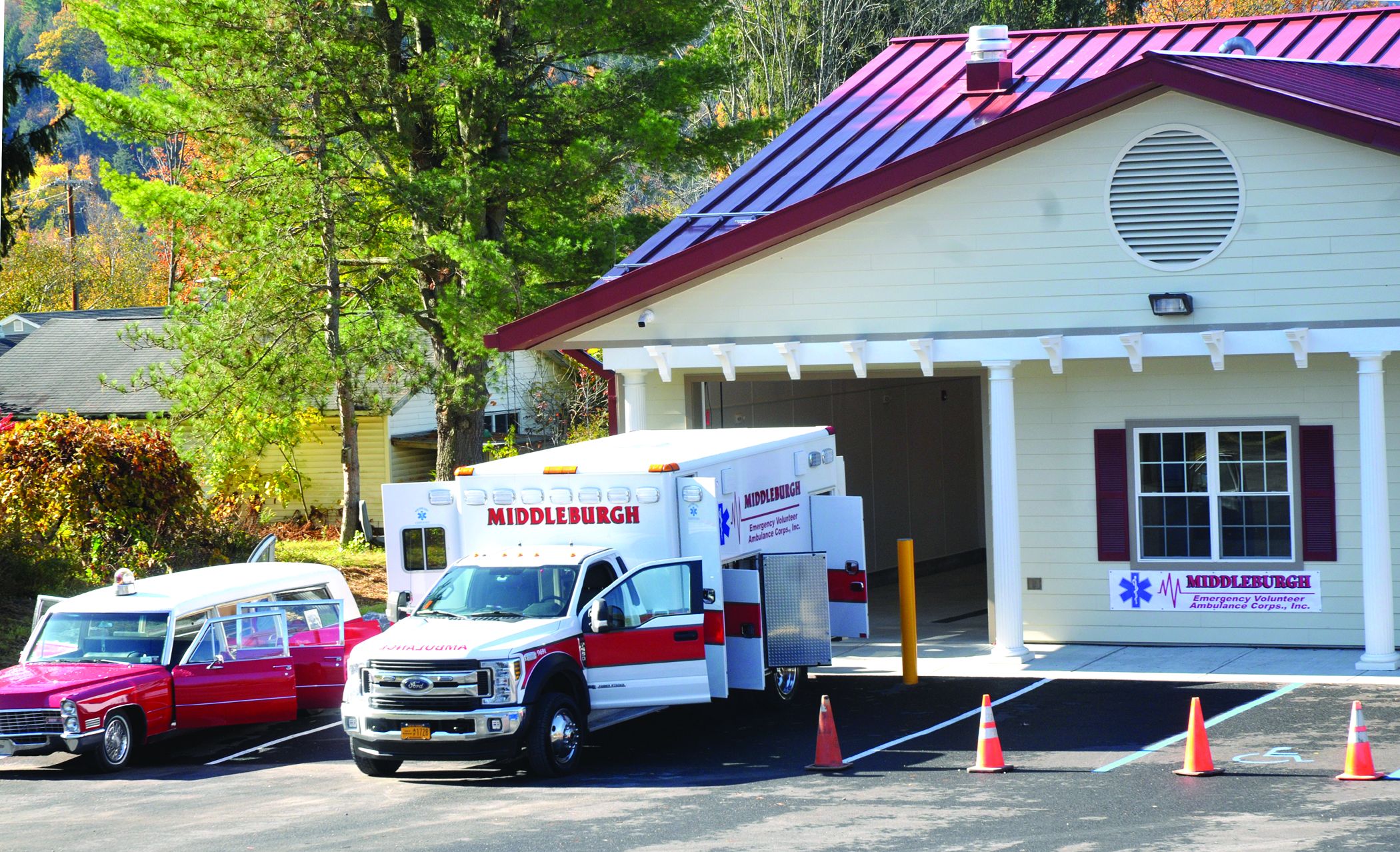 It was nothing short of historic when the Town of Middleburgh gathered Saturday to cut the ribbon on its $3.2 million shelter and ambulance building.
Quite literally.
Welcoming the crowd to the event—more than six years in the making—Supervisor Wes Laraway pointed out that 240 years ago to the day, three other shelters in the Schoharie Valley—the Upper, Middle. and Lower Forts--were also called into service—to fight off 1,000 marauding British “who came to burn this Valley to the ground.”
They didn’t succeed, he said, and today, their replacement, the shelter building—already called into service once for a gas line leak in Gilboa and Conesville—is ready to continue their legacy.
“I hope we never have to use it as a shelter, but as a place for community events,” he said.
The building was funded through the Governor’s Office of Storm Recovery and Jim Buzon, who first spearheaded the project before passing it on to Councilman Steve Hendrickson, said ironically, it was Hurricane Irene in 2011 that made it possible.
Irene made it clear the Valley needed a shelter out of the flood plain where there would also be access to medical services—in this case, MEVAC, Mr. Buzon said.
Assemblyman Chris Tague praised Governor Andrew Cuomo for his support of the Schoharie Valley after Irene, presenting a new flag to Mr. Laraway and Assembly citations to MEVAC’s Paul Humphrey and Mr. Buzon.
Congressman Antonio Delgado also applauded the local volunteers—from the town board to MEVAC members—who made communities like Middleburgh work.
“To volunteer is to put yourself in harm’s way at a minute’s notice,” he said.
“It’s important to ask yourself: what are you prepared to do for the greater good?”