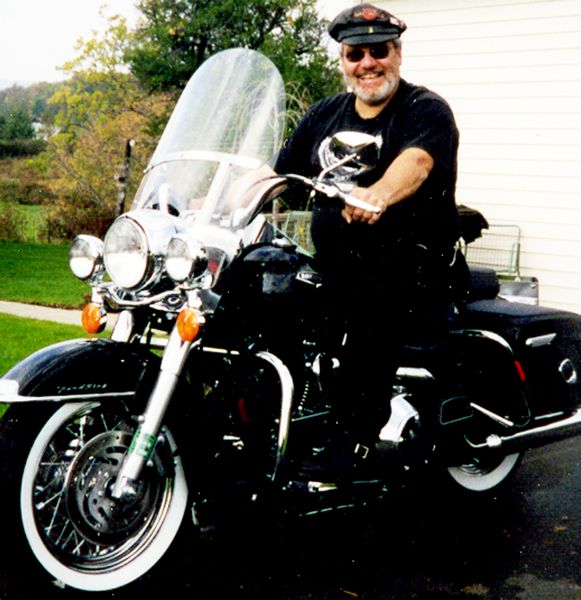 The roar of motorcycles, the aroma of barbecued chicken, and the beat of good music will combine to help children this Saturday.
Bikes, chicken and music are all part of the third annual Rolphie Run, with proceeds going to aid needy kids in all six Schoharie County school districts.
The Run raised $20,000 in its first year and $40,000 before expenses in 2007. Organizer Linda Karker is hoping for more this year.
“People do this as a community, which is a wonderful thing,” Ms. Karker.
The Run memorializes Rolph Karker, Ms. Karker’s late husband, who died in a motorcycle accident in 2005.
The Karkers started, and Ms. Karker still continues, Make a Child’s Wish Come True at Christmastime, which buys gifts for needy children.
Two years ago, Ms. Karker started the Rolphie Fund, which reaches kids in local schools. The Fund is fueled by proceeds from the Run.
The Run is similar to last year’s––with a few new additions.
Registration will be at 10am at Locomotions, though the Cobleskill tavern will be set up at the Fairgrounds. After announcements––including a blessing from Ms. Karker’s brother, Claude Falzarano, and a message from her son, Justin Karker––the Run will take off at noon.
The poker-style ride will go to Route 20 in Carlisle, where bikers will pass Mr. Karker’s crash site single file. Then they’ll go to the Hillview Tavern in Esperance, and then the Bad Pig tavern in Schenectady.
Bikers can then return to the Fairgrounds or continue on the Run to the Waterfalls House in Gilboa, the Red Barn in Summit and from there, back to the Fairgrounds.
Festivities at the Fairgrounds will start before bikers return, and people don’t have to be on the ride to take part. Anyone attending, bikers or not, can bring campers and tents, Ms. Karker said.
Blackboard Blues starts playing at 2:30, the chicken barbecue begins at 4, and the band Shakey Ground takes over the stage at 4:30.
A live auction begins at 6:45, and a silent auction follows a half-hour later.
The band Madison will begin playing at 8.
At 9, there will be a drawing for a 2008 Super Glide Harley Davidson bike. Only 300 $100 tickets were printed, and a few are still available.
“We’re hoping for good weather, but we’ve done well even in not-so-good weather,” Ms. Karker said.
All of the proceeds will go to kids in local school districts. Each district has an advocate who identifies children in need, and thousands of Rolphie Fund dollars have gone to kids already.
Sharon Springs is a typical example. There, money from the Rolphie Fund helped 21 families at Thanksgiving, bought toys and books for 46 children during the holidays, purchased boots and winter clothing, and paid for field trips, Little League and soccer fees and summer camps.
Experiences in other school districts are similar, Ms. Karker said.
“If we didn’t have the advocates, we wouldn’t have the knowledge of what kids need,” Ms. Karker said. “Now we’re able to reach them.”
The entire day––and six months of planning––is all about helping kids, she added.
“We’re making that difference for kids, one at a time,” Ms. Karker said. “It’s such a thrill to bring Rolph’s legacy back.”