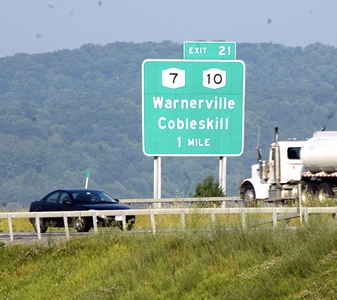 An audio clip being circulated by Highway Superintendent Tom Fissell appears to substantiate his accusations that Mayor Mark Nadeau and Supervisor Tom Murray used the word “nigger” in conversations he secretly recorded.
Mr. Fissell released the 30-second clip Wednesday after Mayor Nadeau and Mr. Murray denied his accusations in the Times-Journal.
“The audio that is attached speaks to the contrary,” he said in the email, sent to T-J, trustees, councilmen, and a dozen other community members.
Also Wednesday, in a post to the T-J’s Facebook, Mr. Fissell offered to send a copy of the recording to anyone emailing him.
There appears to be little doubt that the recording is genuine.
“I don’t think there’s any question these statements were made,” Attorney Mike West said Friday at a meeting Mr. Murray said he’d been asked to call “so the public would know what we’re doing about the allegations.”
“The tapes exist,” Mr. West said. “They’re pretty clear tapes and you can certainly distinguish the voices.”
Even before Mr. Fissell released the tapes, Mr. West asked the Albany law firm of Roemer, Wallens, Gold & Mineaux, which has handled labor law for Schoharie County, to investigate the charges against Mayor Nadeau and Mr. Murray as well as whether there’s a culture of racism in local government.
Interviews have already begun, Mr. West said; it will likely be another 10 days before there’s a report.
Even so, he said before Friday’s meeting, there’s no provision for removing either Mayor Nadeau or Mr. Murray from office unless they’ve committed a crime.
“It’s not there,” he said. “Unfortunately, there’s something called free speech.”
Roger Cohn, former supervisor, was one of those at Friday’s meeting to that freedom to call for Mayor Nadeau’s and Mr. Murray’s resignations.
“These two men were elected to leadership positions…and now, they’re embroiled in one of the worst problems imaginable—which I now find out are on tape,” Mr. Cohn said.
“There’s no reason…no reason. Even the hint of impropriety is fatal for these two gentlemen…both should resign their positions as soon as possible.”
Sandy MacKay, a former trustee who ran against Mayor Nadeau, seconded that demand.
“I’m embarrassed for my community,” he said. “Roger is absolutely right. You represent me to the world. I feel terrible. You should both resign.”
Dawn Fiorillo, a Planning Board member, said she believed Mayor Nadeau’s and Mr. Murray’s denials—at first.
“I bought it hook, line, and sinker,” she said. “Then I get an email with an audio…You’re no longer qualified to lead me. I think resignation is the only [answer].”
Holding his young son in his arms, David Keenan, who moved back to Cobleskill three years ago, said there’s no option but resignation.
“That word represents slavery and everything we did wrong,” he said. “We in this room have no idea what that word represents. It’s disgusting. Man up and do the right thing for Cobleskill. Get the hell out of here.”
There’s no room for apologizing, or taking back words, said Councilman Ken Hotopp, the only board member to talk about resignation.
“I think, Tom [Murray], the people are right,” he said. “It’s time to step down.”
Mr. Murray didn’t respond, but after the meeting, apologized privately to Mr. Cohn.
“One slip…and I do apologize to you, It’s something I’ve got to live with the rest of my life,” he said.
“I’m so embarrassed because I don’t have a racist bone in my body…I won’t say I didn’t say that…I’m not a racist, not a bigot.”