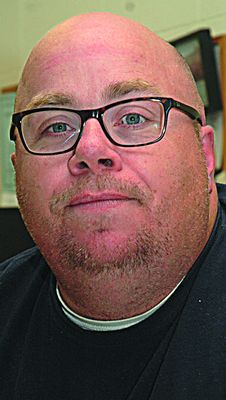 Radez School Principal Brian Dineen, one of Cobleskill-Richmondville's most popular administrators, is taking a job with the North Colonie School District.
Firm but friendly, Mr. Dineen is known for his caring for students and also a joking style that kids and adults both appreciated.
Mr. Dineen will take that style to North Colonie, where he'll be district supervisor for teachers and programs.
"I've been interested the past few years in working at the district level," said Mr. Dineen, 40. "This is a new challenge, and the opportunity presented itself."
He taught elementary classes at Ryder and Radez before becoming principal in 2003, following Betsy Matthias.
Like Ms. Matthias, Mr. Dineen fostered Radez as a neighborhood school by welcoming families and residents to school events, such as the fall Turkey Trot, Veterans' Day and spring field days.
"I'm very proud to be a leader of a great building that has such a great history and a supportive Radez family and surrounding community," Mr. Dineen said.
"At the same time, I've been an integral part of a wonderful school district."
He was hired as a teacher by Bill Wolfanger, whom Mr. Dineen called his "mentor and dear friend.
As an elementary school teacher, Mr. Dineen also coached high school soccer and taught college courses at night.
And then former Superintendent Sam Shevat "believed in me enough at age 30 to give me the principal's job. The district's been supportive ever since."
Superintendent Lynn Macan said Mr. Dineen epitomizes family-friendly Radez.
"We obviously wish him well," Ms. Macan said, "but we're sad for Radez.
"He's been a pillar of that school and that community for so long."
Mr. Dineen will miss those connections--both with the school and the community.
"The families, faculty and staff made my decade as principal the most rewarding any principal could ask for," he said.
At North Colonie, Mr. Dineen will supervise teachers in the district's seven public and six private schools to assure "continuity of programs."
He'll regret moving away from working with students, Mr. Dineen said, but "leadership makes a big difference for kids."
Although professionally he's moving to North Colonie, Mr. Dineen will remain a resident of Cobleskill. His wife, Jessica, is a teacher at Radez, and their oldest daughter, Ireland, will start kindergarten at Ryder in September.
The Dineens have another daughter, Reese, who's two.
Mr. Dineen said he'll continue to be active in the community, where he's participated in and been an emcee for parades, fundraisers and other events.
"I'll still be a C-RCS dad," he said. "I'm profoundly loyal to this school district."