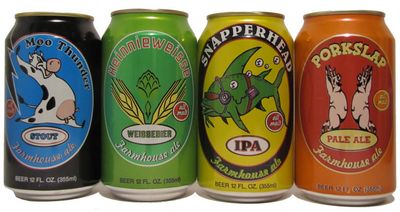 After months of delay, the sale of the Guilford Mills plan to Butternuts Beer and Ale looked like a go on Friday.
But by Monday, hopes for the deal meeting this Friday's deadline appeared slim.
Investors helping Butternuts with the purchase "have backed away," according to a source close to the talks.
All-day negotiations on Friday appeared then to have hammered out a deal for Butternuts to buy the county-owned Guilford plant for $2.5 million.
Those talks involved the investors, attorneys from both sides and Cobleskill Supervisor Tom Murray, who's been working on the sale for months.
"I think the closing's going to happen Wednesday or Thursday," Mr. Murray said Saturday morning.
A closing on the deal the end of this week would have met the Board of Supervisors' deadline of this Friday.
Supervisors and Butternuts originally reached agreement on the sale in December, 2011. Since then, delays in funding postponed the closing, and supervisors extended the deadline to October earlier this year.
Last Friday, only the details on Butternuts' payment in lieu of taxes (PILOT) still had to be worked out before the deadline, Mr. Murray said.
And it appeared probable that those PILOT details could be resolved, Mr. Murray added.
"Just a few bugs have to be worked out," Mr. Murray said then.
County Attorney Mike West agreed.
"We made five or six phone calls Saturday morning," Mr. West said. "At that time, everything was fine."
Such was not the case Monday morning.
One source said the investors wanted to re-structure the PILOT, which called for Butternuts paying $62,000 a year in lieu of village, town, county and school taxes.
Another source said the investors wanted more time to consider the entire purchase.
Butternuts representative John Lorence didn't comment about the investors Monday. Still optimistic, he said Butternuts "is still chugging away" at the deal.
Others weren't so optimistic. Mr. West and county Planning Director Alicia Terry, who's also worked on the sale since the beginning, didn't believe the deal would meet the deadline, though they remained hopeful.
"This has been such a rollercoaster," Ms. Terry said.
There's a possibility those supporting the Butternuts deal may ask county supervisors to extend the contract deadline.
Although Board of Supervisors Chairman Phil Skowfoe also hoped Butternuts would complete the deal, he was firm in saying supervisors wouldn't extend the deadline again.
If Friday comes and goes without a Butternuts deal, Guilford would become available to other potential buyers, Mr. Skowfoe said.
Supervisors could decide after Friday whether to let the county Planning and Development Agency continue to market Guilford or allow Treasurer Bill Cherry a chance to sell the plant.
Having Mr. Cherry market the plant was an idea floated earlier this year.
Even if Butternuts doesn't meet Friday's deadline, the brewery could still purchase the plant--though Butternuts would have to overcome other potential buyers.
"They're still a player if it goes on the market," Mr. Skowfoe said. "They can walk in just like anybody else."