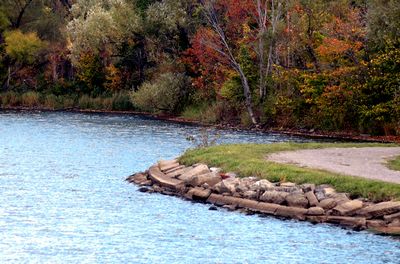 Claims by the New York State Comptroller's Office that the Village of Sharon Springs is doing a bad job of keeping track of its municipal water are all wet.
That's according to a response drafted by Mayor Doug Plummer and trustees that lays out in painstaking detail the steps the village has been taking to address its aging infrastructure and leaks since as long ago as 2007.
"We stand by what we wrote," Mayor Plummer said Thursday.
Regardless, the village now has 90 days to submit a plan for addressing the deficiencies.
According to the audit, the village is losing 36.7 million gallons or 60 percent of the water it produces annually to leaks; the industry standard is 10 percent.
Put another way, the village is producing 60.9 million gallons annually, but only billing for 15.1 million of them.
The state estimates the cost of producing the lost water is as much as $53,400 annually-about a quarter of all of the village's water costs.
It also claims that the village had no idea how bad things were.
"Village officials do not adequately monitor water operations," the audit charges.
"Although [they] were aware of the aging infrastructure and potential for leaks [they] did not gather information to evaluate whether water was unaccounted for until 2014...[and] do not have written policies or procedures requiring the reconciliation of the water produced...with the water billed."
Though Mayor Plummer and trustees acknowledged that more work needs to be done on tightening up the system and tracking water, their September 5 response to the State Comptroller detailed steps they've been taking since '07 to do so.
Among them:
Beginning in 2007, the village began looking for grants to improve or replace the aging water and sewer infrastructure and in '09, was awarded a $203,100 Green Innovation Grant to purchase a water meter system.
That was followed by the required bidding and purchase process-a process drawn out because of the grant's requirement that the meters be United States-built, something that limited the village's options.
Water meter installation began in the spring of 2010, but because of "unforeseen delays caused by a lack of available meters, faulty equipment, faulty installation, and other contractor delays," wasn't completed until the fall of 2011.
At the same time, the village response continues, Schoharie County began developing a water billing software program, which the village planned to use.
After later finding that the software was insufficient, however, in 2012 the village purchased its own monitoring and billing software-a system it continues to use.
Despite Comptroller's Office charges that as recently as a year ago the village still hadn't developed procedures to track the missing water, the village said once the software was in place they were able to begin measuring actual water usage and established water rates, special assessment rates, and water main connection requirements in Local Law #1 of 2013.
In response to the state's concern that the village can't account for 60 percent of the water it produces, the response from Mayor Plummer and trustees points to outside factors.
Among those:
The need to backwash filters at the Water Treatment Plant five times a day from June-November 2012 after conditions at the reservoir forced the village to switch to the much harsher deep well.
Normally, the filters are backwashed once a day.
The conditions also meant the village needed to flush hydrants daily-typically done only twice a year.
All of this was followed up with an Emergency Water Summit in October 2012 to pick the brains of water experts and other municipalities on how to best address the water quality issues and conserve water.
The village now has 90 days to address the Comptroller's concerns in a Corrective Action Plan.
Already, a major leak was recently discovered in a long-forgotten line at the top of Pavilion Avenue; the CAP will include more aggressive leak surveying.
The village is also looking at ways to measure-but not limit-water used for firefighting and water sold for use outside the village for things like filling pools.